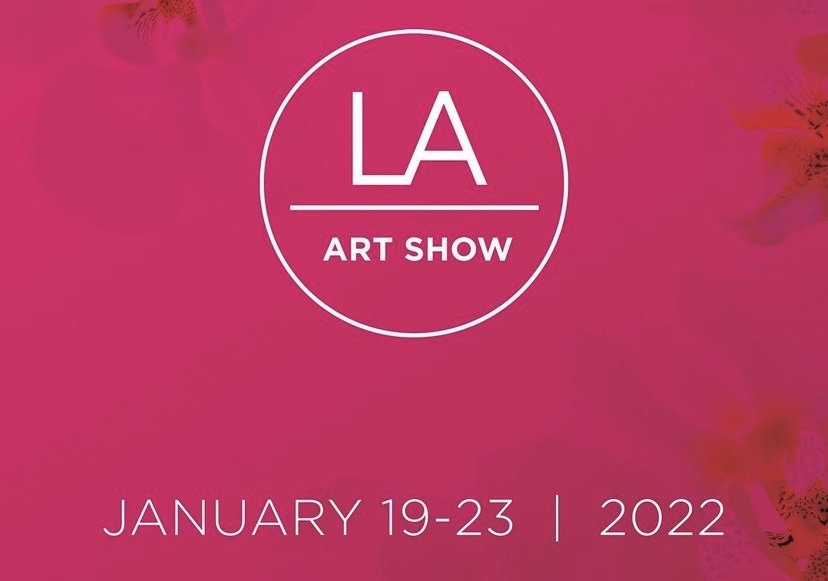 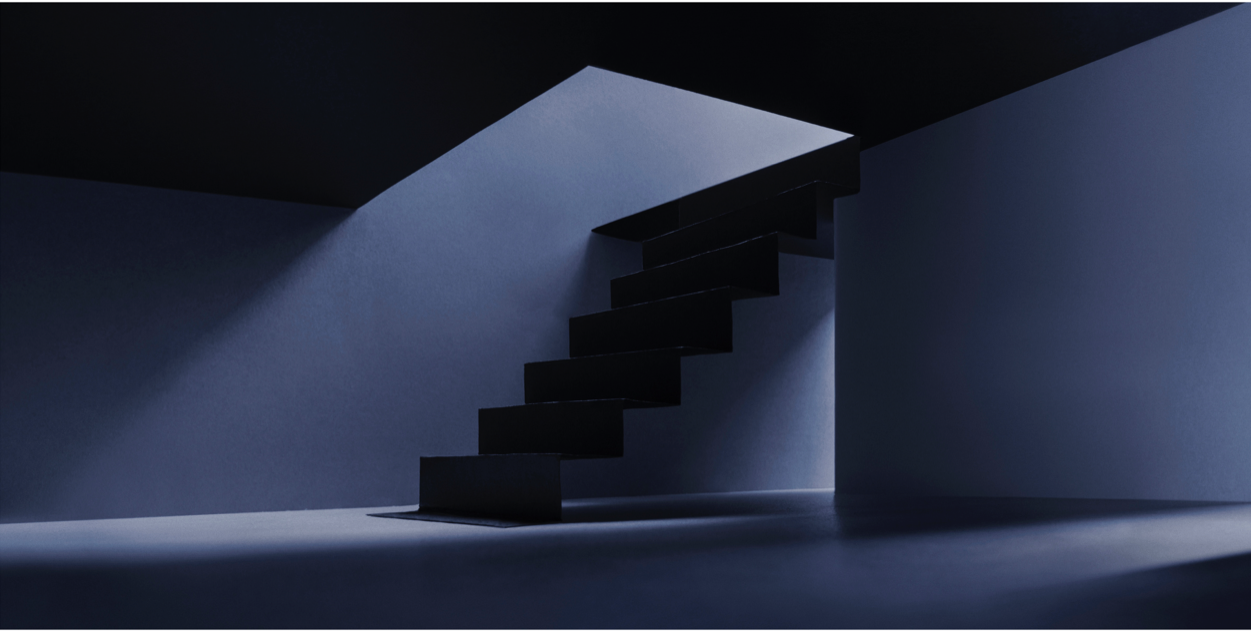 Selection of works from Stephan Schnedler

We look forward to welcoming you to In The Gallery.

Lea Jessen’s ability to present colorful and vibrant observations of space and surface and her attention to small, yet remarkable details is fully present in her work. With their focus on clean lines and abstract color planes, these anonymous architectural fragments take on a minimalist aesthetic, making them reminiscent of the concrete art of the 1940’s and 50’s. In The Gallery is presenting both Lea’s architectural spaces and her work of dreamlike holiday settings with their magical light, spaces and surfaces.

Lise Johansson won Photographer of the Year in the International Color Award last year, and the achievement is well constituted in her work with its subtle tones and refined use of color and light. Lise is presenting the work Absence, originally made for an exhibition at Hofteatret, as a self-staged portrait. Most recently Lise has developed a new series under the title Resort which explores leisure spaces and how the boundaries between public and the private spaces are interwoven.

We look forward to welcoming you to In The Gallery. 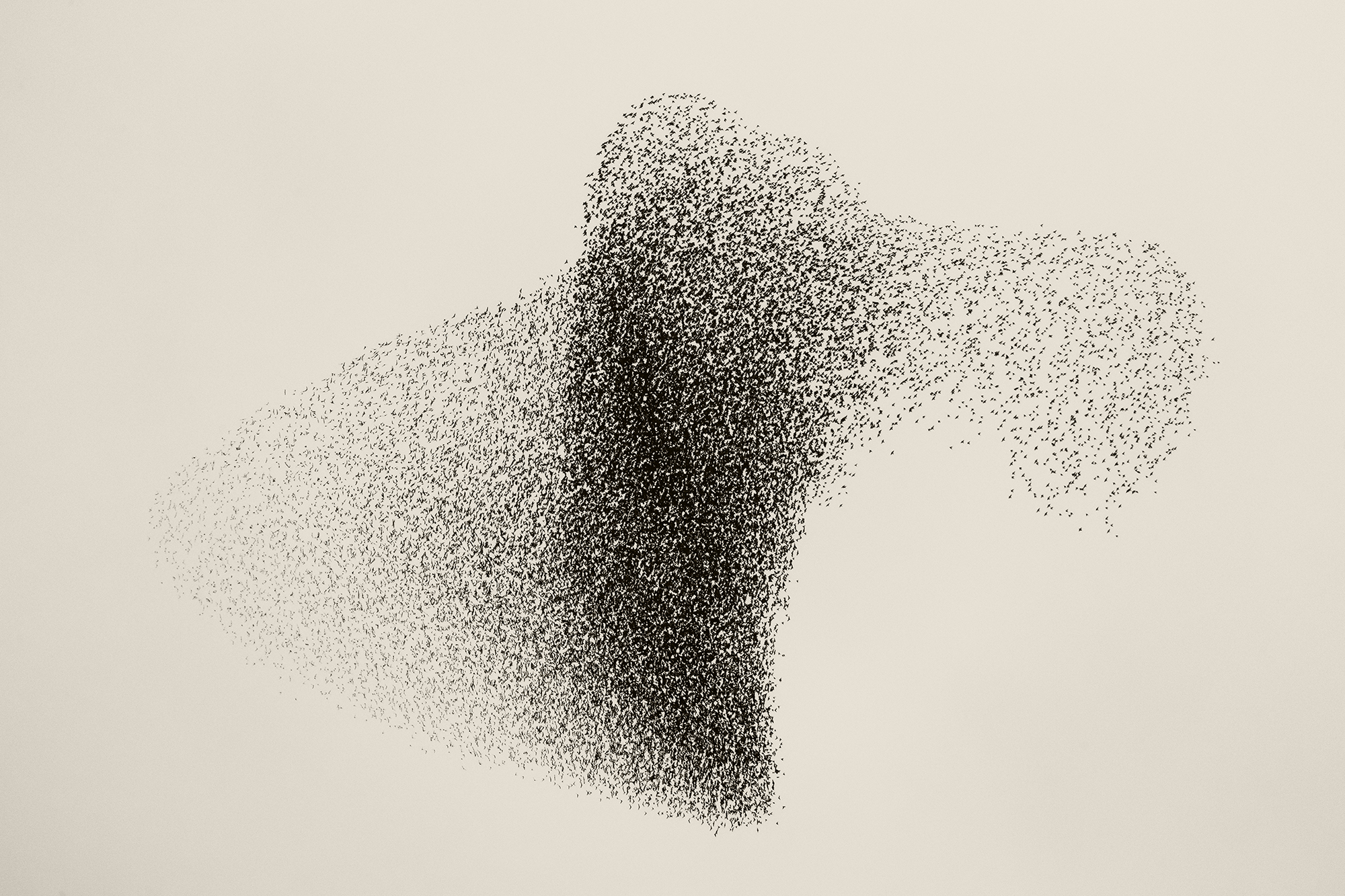 Søren Solkær is a Danish photographer best known for his portraits of musicians. He is most recognised as the man responsible for various iconic images of Amy Winehouse, Björk, The White Stripes, Franz Ferdinand, David Lynch, Arctic Monkeys, R.E.M. and U2.

Concurrent to his work with musicians, Solkær furthered his specialisation in portraits by undertaking an eight-year project. Photographers Posed comprised 45 photographers from 15 countries, including Arnold Newman, Duane Michals, Pierre et Gilles, Anton Corbijn, Jan Saudek and Jeanloup Sieff. The collection featured Solkær’s portrayals of the style associated with each of his subjects and was exhibited in galleries in Chicago, Copenhagen, Cologne, Prague and Odense.

Solkær has released three photography books. Solkær’s works are also featured as part of the permanent collection in the Royal Danish Library and The National Portrait Collection in Frederiksborg Castle, Denmark.

Solkær’s photography is characterised by finding a tension point between intimacy and edginess. His portraits are often regarded as cinematic in tone with a distinctive colour palette. He cites the inspirations for his style as ranging from filmmakers David Lynch and Wong Kar-Wai through to the works of photographer Philip-Lorca diCorcia and painter Caspar David Friedrich. 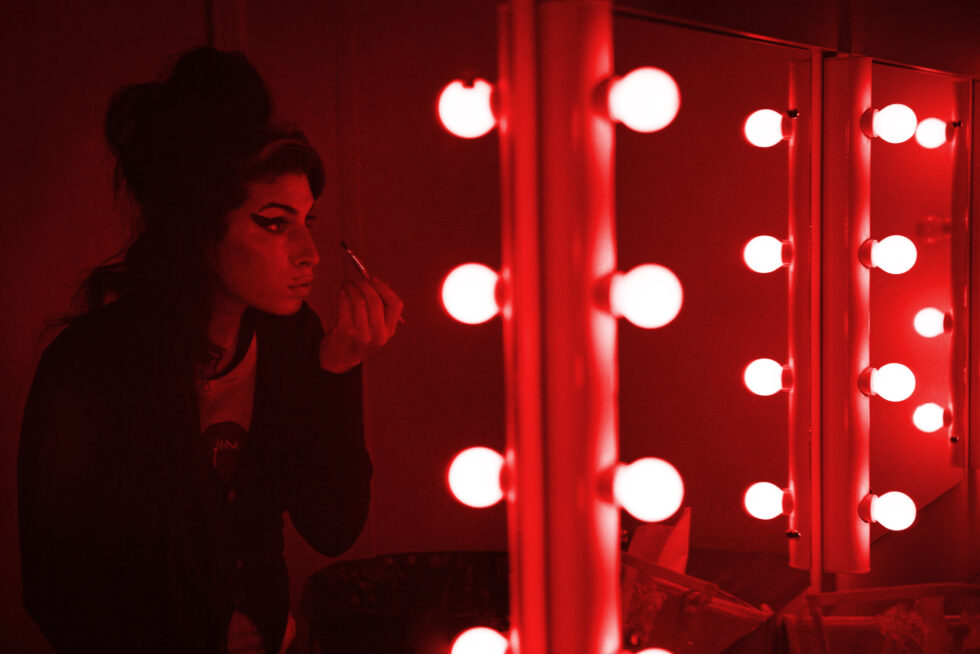 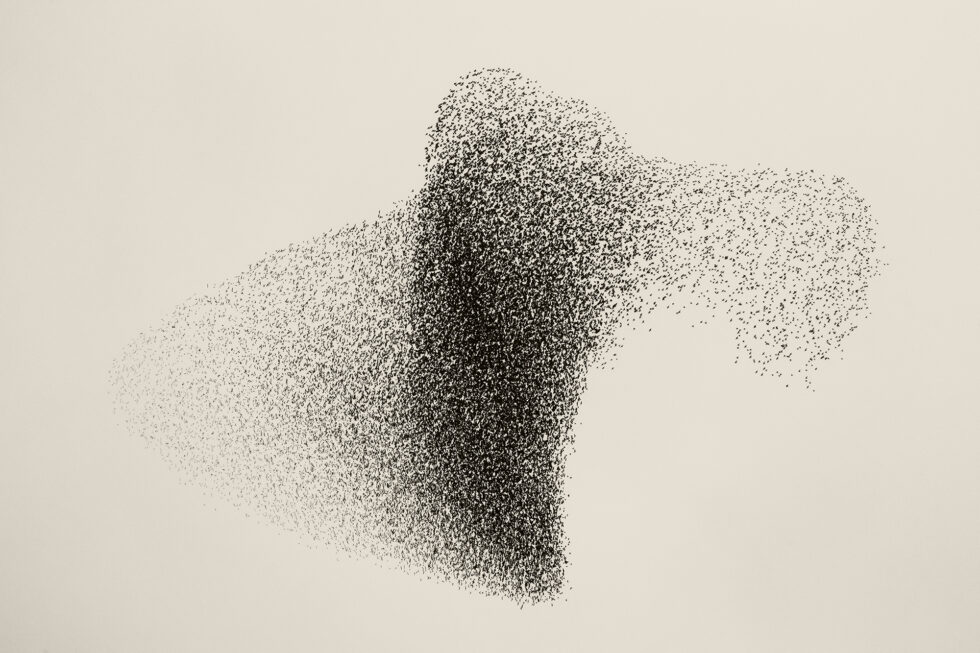 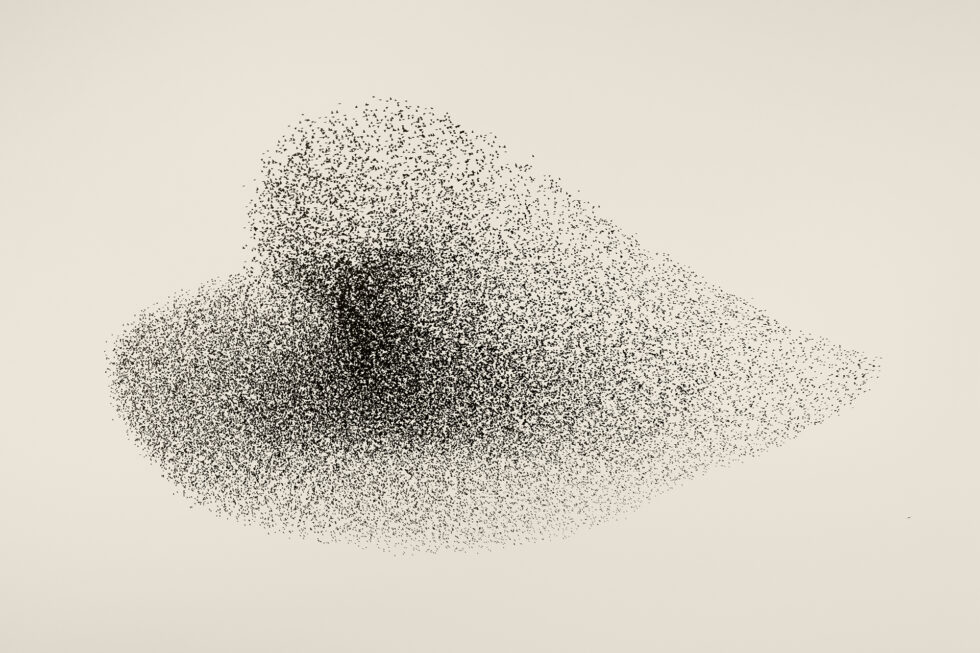 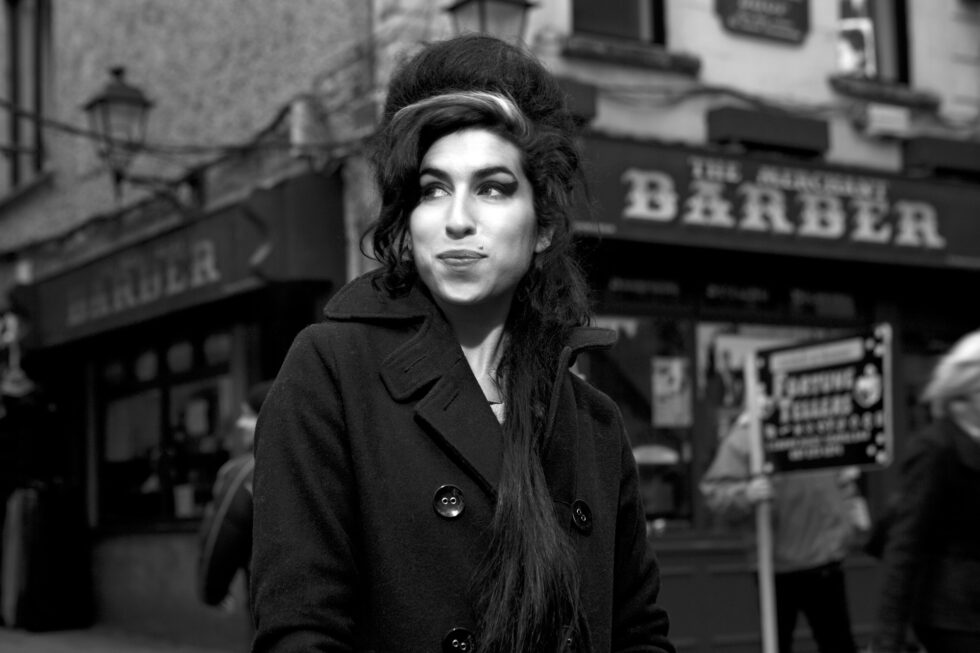 “Our external world is reconstructed within us as we pass through it. Its impact goes beyond its ability to shape our exterior experience; it also transforms our interior spaces—our personal relation to the world around us. How this transformation occurs and what it builds in us is at the heart of my practice.” Troels Steenholdt Heiredal

Troels Steenholdt Heiredal makes sense of the world by rearranging it. Objects on his desk, lines in a poem, spaces in a photograph. Recently learning that he is on the autistic spectrum disorder [ASD], Heiredal is currently coming to terms with what this means for him both personally and artistically. Looking back at his work, what impact has ASD had on his way of experiencing and capturing the world around him?

‘Looking Into Looking’ will bring together three distinct projects from the last five years. Though individually created, each project reveals aspects of Heiredal’s view of the world around him, and shows his ability to reconstruct it on film. Aspects of each project are reflected in the other two; together this builds a larger space between them.

Juxtaposing photographs and making multiple exposures inside the camera become a way for Heiredal to build works with his subjects—co-creating them as expressions of his inner geographies. In doing so, Heiredal finds ways to express the spaces within him.

Heiredal is often looking for traces left by people, the residue of their interactions with the environment. And while people never feature in his work, there is always a strong human presence—as if they have just left the frame and are now standing next to you, engaging you in a silent conversation about what you’re looking at.

Heiredal uses poems as a reconstruction of language—a search for voice. The poems have internal logic that follows Heiredal’s obsession with aligning shapes and building new spaces. A dialogue between the poems and the photos opens the work to new views and interpretations.

‘Looking Into Looking’ is an invitation to inhabit how Heiredal relates to the world. A plea to reject normative ways of seeing, to wrestle with complexity, and to find beauty in messy layers and reframed forms.

Whilst 2020 comes to an end, In The Gallery would like to invite you to the new exhibition Winter Light 2020. The longing for light reflects the current time of year, but light also makes reference to the necessity of it in the photographic process and as a concept being explored in various ways in the work of the selected artists. Represented in this our last show of the year, are artists whom the gallery has long-standing collaborations with as well as invited artists.

All of the works presented are in smaller formats, with a price range to match.

Stephan Schnedler’s scenographic images of small models of modernist architectural rooms and surfaces plays with light and shadow, and on their influence on our perception of scale.

Carsten Ingemann’s evocative darkened images devoid of human presence induce a strong sense of mystery with their cinematic framing of the image, darkness and dimmed, yet essential, refined sense of light.

Jacob Gils’ city and naturescapes deal with the exploration of light and time in his chosen spaces through the use of multiple exposures, and their impact on our perception of color. Through this Gils intensifies the experience of the place and brings our attention to its unique beauty and the atmosphere.

Troels Steenholdt Heiredal’s conceptual approach to photography manifests itself through his capturing of the sky of New York by using cutouts of geometrical shapes which the light is then filtered through in-camera, resulting in an abstraction of the representational image.

Maibritt Rangstrup explores the concept of an “urban nature” and how artificial light impacts our perception of the outdoor spaces we inhabit. Her paintings holds clear reference to contemporary photography and its modes of composition, and to the staging of the image in our culture.